Uzi Listening are a 5-piece instrumental group. Formed in 2012, we have been writing and performing our own music ever since.

Uzi Listening were formed to experiment with the fusion of trumpet and synthesizers, drums and electric guitars. Acoustic vs Electronic. The aim: to write music which can evolve, far away from the tedious click-track of pop “perfection”.

Uzi Listening started in 2011 with brasstronaut Jimmy Fletcher, drummer Pete Willetts, keyboardist Gareth Cooper, fusion guitarist Geoff Senior and metal bassist Sam H‑M. Fuelled by a mutual disinterest of everything tribute, it became clear right away that they had to write their own tunes.

All members have years of involvement in the music scene. Be it playing and writing in a myriad of audio ventures, or promoting and running decades of memorable gigs. We've coaxed luminaries from across the pond to tread our mossy cobbles, supplied the sound systems that have rocked Rossendale and supported Mexico's finest jazz fusioneers in a little club in Rawtenstall.

We independently publish our music to most streaming services, so we're easy to find on Spotify etc. We also have a Bandcamp site and a YouTube channel.

Through lockdown, we released a couple of live recordings on our Bandcamp Site. We appeared on the Lockdown Live! playlist in support of Manchester venues affected by the pandemic. Plus we worked remotely on writing and recording a few new tracks that we'll release in 2022.

In 2018, Uzi Listening released their first album, the almost self-titled “Uzi Listening?” It's the first foray into recording for a band that have concentrated previously on writing and live performance.

The album has been well received. Since its release Uzi Listening have played spots in Manchester at the famous Night and Day Cafe and Fab Cafe. We've also had tracks from the album played on BBC Radio Introducing in Lancashire, and been interviewed on the show.

Our tracks are all available for Sync and Licensing in film, TV or online media.

Media files for the band. Please use however you like. 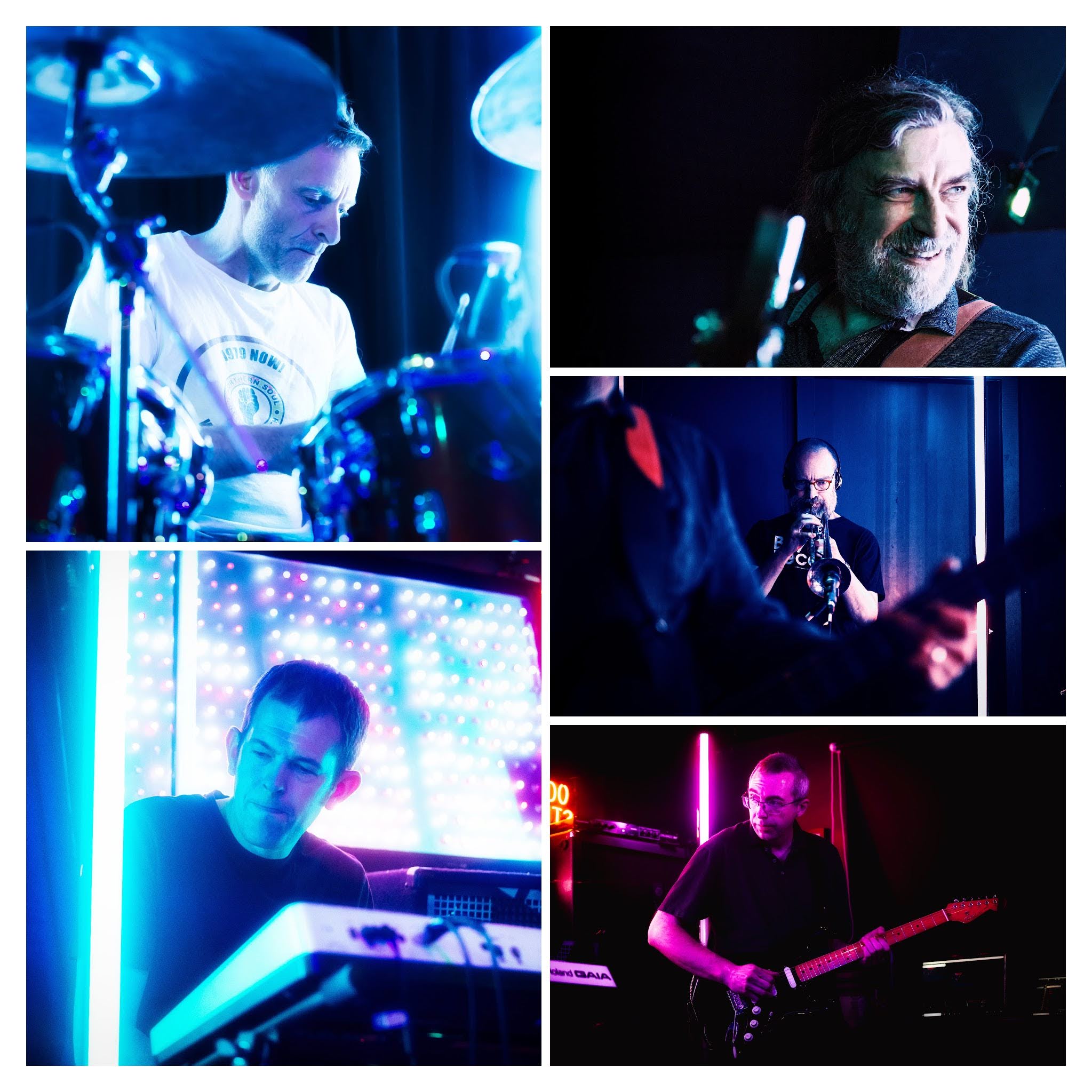 Please see the contact page for the best ways to get in touch.